Anterior knee pain is a characterized by a chronic pain over the front and center of the knee joint. It is common in athletes, active adolescents (especially girls) and overweight individuals. Anterior knee pain refers to a variety of conditions which include runner’s knee or patellar tendinitis and chondromalacia of the patella. There is an inter-individual variation in the duration and presentation of pain.

Arthritis of the Knee

Arthritis is a general term covering numerous conditions where the joint surface or cartilage wears out. The joint surface is covered by a smooth articular surface that allows pain free movement in the joint. This surface can wear out for a number of reasons; often the definite cause is not known.

Goosefoot Bursitis of the Knee

A bursa is a small fluid-filled sac found between soft tissues and bones. It lubricates and acts as a cushion to decrease friction between bones when they move. Bursitis refers to the inflammation and swelling of the bursa. Goosefoot bursitis or pes anserine bursitis is the inflammation of the bursa present between the tendons of the hamstring muscle and the tibia (shinbone) on the inner side of the knee.

Pressure applied on the knees with constant kneeling, conditions such as gout and rheumatoid arthritis, a direct blow to the kneecap while playing sports such as basketball, football and wrestling, or due to infection.

Meniscal tears are one of the most frequently reported injuries to the knee joint. The meniscus is a C-shaped fibrocartilaginous structure in the knee incompletely covering the surface of the tibia where it articulates with the femur. It consists of the medial meniscus, on the inner part of the knee, and the lateral meniscus on the outer aspect of the knee.

Osgood-Schlatter disease is a condition characterized by swelling of the bump (anterior tibial tubercle) present on the upper part of the tibia, below the knee. It is the most common cause of knee pain in young athletes. Osgood-Schlatter disease affects children participating in sports activities such as football, gymnastics, basketball, and sprinting. Any sporting activity creates stress over the growth plate, at the top of tibia. A growth plate is a layer of cartilage present at the end of bone which is responsible for bone growth. It affects girls in the age group of 10 to 11 years and boys in 13 to 14 years age group and generally resolves with age.

Osteonecrosis of the Knee

Osteonecrosis is a condition in which death of a section of bone occurs because of lack of blood supply to it. It is one of the most common causes of knee pain in older women. Women over the age of 60 years of age are commonly affected, three times more often than men.

Posterior cruciate ligament (PCL), one of four major ligaments of the knee is situated at the back of the knee. It connects the thighbone (femur) to the shinbone (tibia). The PCL limits the backward motion of the shinbone.

Runner’s knee, also called patellofemoral pain syndrome refers to pain under and around your kneecap. Runner’s knee includes a number of medical conditions such as anterior knee pain syndrome, patellofemoral malalignment, and chondromalacia patella that cause pain around the front of the knee. As the name suggests, runner’s knee is a common complaint among runners, jumpers, and other athletes such as skiers, cyclists, and soccer players.

The knee joint is one of the largest joints in the body. This highly complex joint has several tissues supporting and stabilizing its movement:

The anterior cruciate ligament is one of the four major ligaments of the knee that connects the femur (thigh bone) to the tibia (shin bone) and helps stabilize the knee joint. Anterior cruciate ligament (ACL) injury is one of the common injuries of the knee. An injury to the ACL commonly occurs during sports or activities that involve twisting, overextension, landing from a jump incorrectly, and abrupt change in direction or speed of movements.

Total knee replacement (TKR) is a surgical procedure in which the worn out or damaged surfaces of the knee joint are removed and replaced with new artificial parts.

The knee joint, which appears like a simple hinge-joint, is one of the most complex joints. It consists of the femur (thighbone), tibia (shinbone) and patella (kneecap). The knee is a synovial joint, which means it is lined by synovium. The synovium produces fluid lubricating and nourishing the inside of the joint. Articular cartilage is the smooth surfaces at the end of the femur and tibia. It is the damage to this surface, which causes arthritis.

Knee implants are artificial devices that form the essential parts of the knee during a knee replacement surgery. The knee implants vary by size, shape, and material. Implants are made of biocompatible materials that are accepted by the body without producing any rejection response. Implants can be made of metal alloys, ceramics, or plastics, and can be joined to the bone. The metals used include stainless steel, titanium, and cobalt chrome; whereas, the plastic used is polyethylene.

Total knee arthroplasty, also called as total knee replacement is a surgical option to treat arthritis of the knee where the complete knee joint is replaced with artificial knee components. The surgery can be performed using traditional approach using larger incisions or with minimally invasive procedure where multiple smaller incisions are used to perform total knee arthroplasty. Less invasive approach has gained more popularity than the traditional open surgery because of the advantages such as:

Knee Osteotomy is a surgical procedure in which the upper shinbone (tibia) or lower thighbone (femur) is cut and realigned. It is usually performed in arthritic conditions affecting only one side of your knee and the aim is to take pressure off the damaged area and shift it to the other side of your knee with healthy cartilage. During the surgery, your surgeon will remove or add a wedge of bone either below or above the knee joint depending on the site of arthritic damage.

Total knee arthroplasty, also called as total knee replacement is a surgical option to treat arthritis of the knee where the complete knee joint is replaced with artificial knee components. The surgery can be performed using traditional approach using larger incisions or with minimally invasive procedure where multiple smaller incisions are used to perform total knee arthroplasty. Less invasive approach has gained more popularity than the traditional open surgery because of the advantages such as:

Total Knee Replacement (TKR) is a surgical procedure in which the worn out or damaged surfaces of the knee joint are removed and replaced with new artificial parts.

The knee is made up of – the femur (thigh bone), the tibia (shin bone), and patella (kneecap). The meniscus, a soft cartilage between the femur and tibia serves as a cushion and helps absorb shock during motion. Arthritis (inflammation of the joints), injury, or other diseases of the joint can damage this protective layer of cartilage, causing extreme pain and difficulty in performing daily activities. Arthritis is a general term covering numerous conditions where the joint surface or cartilage wears out. In an arthritic knee

Viscosupplementation refers to the injection of a hyaluronan preparation into the joint. Hyaluronan is a natural substance present in the joint fluid that assists in lubrication. It allows smooth movement of the cartilage covered articulating surfaces of the joint. 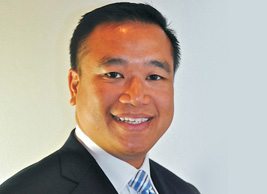 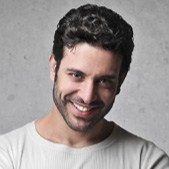